‘THE CATALOG DEALS MARKET IN EUROPE WILL CONTINUE TO ACCELERATE.’

MBW’s World Leaders is a regular series in which we turn the spotlight towards some of the most influential industry figures outside the US and UK markets. In this feature, we speak to Hein van der Ree, one of four managing partners at Netherlands-based Pythagoras Music Fund. World Leaders is supported by PPL.

As catalog values continue to soar, the acquisitions space is becoming home to a number of new funds with the goal of snapping up music rights.

One such fund is Netherlands-based Pythagoras Music Fund.

Established in September 2021, PMF is financed by private and institutional investors, who have already committed €100 million ($117m) to acquiring copyrights.

Hein van der Ree, one of PMF’s four managing partners along with John Ewbank, Rob Hendriks and Michiel Boere, tells MBW that PMF is “well on our way to invest those funds”, and adds that the fund expects its ultimate value to “be well in excess” of €100 million.

He also explains that the plan is to acquire master, publishing and authors rights, as well as neighbouring rights and producer royalty streams.

The catalog contains around 30,000 copyrights and 6,500 master recordings, with what Pythagoras says are “many important Dutch artists” such as BZN, Earth & Fire and Sandy Coast.

In January, Pythagoras announced the acquisition of  the Soulshock & Karlin catalog from US-based Grammy nominated Carsten Schack and Kenneth Karlin.

The deal covers the writers and publishers shares of their entire 500  song catalog which includes their share in compositions such as Me Against The World by 2 Pac, Leave Get Out  by Jojo and Heartbreak Hotel by Whitney Houston.

Looking to future deals, PMF’s van der Ree tells MBW that PMF is “currently discussing several possible acquisitions in the UK” and that its “focus is also very much on acquisitions in Europe”.

The firm isn’t ruling out acquisitions in the US however, as highlighted by its purchase of the Soulshock and Karlin catalog.

Prior to working with Pythagoras, Hein van der Ree spent many years in the independent music sector, with roles at the likes of Mothership Music Publishing, Epitaph, as well as IMPALA and Merlin.

HOW COMPETITIVE IS THE MUSIC RIGHTS ACQUISITIONS LANDSCAPE IN EUROPE CURRENTLY?

The space for investments in music rights is becoming more competitive by the day. Investors are realizing more and more that music rights generate stable cash flows and that this is a sensible addition to a portfolio of investments that already consists of the recognized investment classes such as bonds and real estate.

WE’VE SEEN SOME HUGE DEALS FOR RIGHTS FROM SUPERSTARS OVER THE PAST 12 MONTHS, WHAT ARE YOUR PREDICTIONS FOR THE CATALOG DEALS MARKET IN EUROPE AND GLOBALLY IN 2022?

I have no doubt that this trend will continue and I fully expect that the catalog deals market in Europe will also continue to accelerate. Particularly with respect to deals in relation to the writer’s share. Writer’s share deals, in Europe, are still quite rare.

Pythagoras has done several of those deals already and we are the first investment fund to focus on writer’s share acquisitions, in Europe. In the US, writers are members of BMI, ASCAP or SESAC, and those memberships are non-exclusive.

“THE REASON TO SELL IS OFTEN AGE, OF COURSE. BUT A YOUNG SUCCESSFUL WRITER CAN ALSO DECIDE TO GO FOR A ‘CASH MOMENT’, TO THEN CONTINUE TO BUILD A NEW CATALOG.”

In Europe, as well as the UK, the memberships are exclusive. As a result, the process of working with the European societies on those deals is more complex. You can’t just send an LOD and ask them to re-direct the revenue to the fund. On the other hand, European societies are becoming more commercial in the way they do business, the CRM directive has injected more competition between the societies as well. They recognize the trend and realize that, if a writer wants to sell, they need to find a sensible way to facilitate the writer’s wishes.

I believe that over time, all of the European societies will facilitate these deals. They are there to service their members and if some of those members choose to take advantage of these new financial options, for themselves or in the planning of their estates, they will make it work.
The reason to sell is often age, of course. But a young successful writer can also decide to go for a “cash moment”, to then continue to build a new catalog.

When acquiring the writer’s share, it is important to note that the existing publishing agreements are respected. We acquire the writer’s cash flow but the role of the publisher remains the same.

Willem van Kooten is one of the most influential music entrepreneurs in the Netherlands in the last 50 years. He was involved in developing the careers of Golden Earring and Shocking Blue and later also acquired the rights to Focus. The catalogs contain 6,000 masters and 30,000 copyrights. Willem also invested in music rights in the US and the UK, such as I Swear by All–4–One and I Like It, I Love It recorded by Tim McGraw.

PYTHAGORAS ALSO RECENTLY ACQUIRED THE SOULSHOCK & KARLIN CATALOG – WHY WAS PMF INTERESTED IN THIS DEAL?

Kenneth Karlin and Carsten Schack are Danish songwriters who moved to Los Angeles in the nineties.

They worked hard to get their first break in the business, courtesy of Clive Davis, who chose their song Before You Walk Out Of My Life which was recorded by Monica, on her debut album Miss Thang in 1995.

Subsequently, Kenneth and Carsten worked with 2-Pac, Whitney Houston and Jojo, to name a few. This catalog performs consistently. The songs were recorded 20 plus years ago and produce a very stable cash flow. Those ingredients make for a very attractive acquisition, and the songs are wonderful of course.

CAN WE EXPECT IN MORE ACQUISITIONS FROM PMF IN THE SHORT TERM?

Absolutely. We are in the process of finalizing a number of deals, most of the deals in the pipeline are for writer’s shares.

SPEAKING FROM YOUR EXPERIENCE AS A FORMER CEO OF BUMA/STEMRA FOR OVER FIVE YEARS AND AS A PARTNER AT MOTHERSHIP MUSIC PUBLISHING, WHAT ARE THE BIGGEST CHALLENGES FACING SONGWRITERS, COMPOSERS AND MUSIC PUBLISHERS CURRENTLY?

My experience at BumaStemra has taught me a tremendous amount about the complexities of the administration of copyrights and also how important these organizations are with respect to the protection of authors and publishers rights.

Each year there are hundreds of proceedings where users of music refuse to pay, for whatever reason. We read about settlements with the likes of Facebook, TikTok, Peloton, Roblox etc but on a local level there are also constant challenges which require each society to fight for the rights of publishers and composers.

Another big challenge is to solve the inefficiency in the administration of authors/publishing rights at DSP level, in the entire digital space. Strides are being made in Europe by the most powerful societies, Sacem and ICE ( PRS, GEMA,STIM), who have the financial muscle to invest, but it is far from perfect.

“THE TIME IT TAKES BETWEEN THE MOMENT THAT YOU STREAM A SONG AND PAYMENT IS MADE TO THE RIGHTSHOLDERS IS, TODAY, WAY TOO LONG AND IT IS NOT TRANSPARENT.”

The time it takes between the moment that you stream a song and payment is made to the rightsholders is, today, way too long and it is not transparent. The MLC in the USA is also a step forward but the matching processes and the identifiers are not streamlined and there are no industry standards.

There are a lot of initiatives, also at a private/commercial level, so I expect the situation to improve but we are a long way off, compared to the payment cycle when streaming masters, where a stream in say January, is accounted to the labels, the following month.

The administration of copyrights is much more complex than the administration of masters. Split copyrights and multiple society memberships often create a whole Christmas tree of rightsholders but still, a solution must come and when it does it will bring double digit growth to the income of songwriters and publishers.

The independent sector has always been strong and I have no doubt that it will remain so. The entrepreneurial skills, the quality of A&R and the independent spirit are a given.

Impala and Merlin are crucial in ensuring that there is a level playing field between the majors and the independents. At a political level, addressing the “value gap”, liaising with the EC and contributing, shaping legislation, these elements have been critical and will continue to be an important role of Impala and Merlin.

WHAT ARE THE BIGGEST CHALLENGES FOR THE MUSIC BUSINESS GENERALLY IN THE NETHERLANDS, EUROPE AND GLOBALLY AT THE MOMENT?

The Netherlands is a notoriously liberal country when it comes to protecting copyright and neighbouring rights. That’s our biggest risk. Back in the day, the government even managed to support a position whereby downloading from an illegal source was deemed legal.

Thankfully the European court eventually came to the logical conclusion that, if the source was illegal, the download had to be illegal as well.

WHAT ARE THE BIGGEST OPPORTUNITIES FOR THE MUSIC BUSINESS IN THE NETHERLANDS, IN EUROPE AND GLOBALLY IN 2022?

The biggest opportunity is the ever increasing use of music, in everything. There are constantly new ways to use music in appliances and apps, from Peloton to TikTok and there will be many more to come. With the “Internet of things” comes music, it goes hand in hand. With the metaverse comes music too and now we are trying to get our heads around NFTs.

WHAT WOULD YOU LIKE CHANGE ABOUT THE MUSIC BUSINESS RIGHTS AND WHY?

There is definitely an imbalance in the way that streaming revenue is split between master use and copyright use.

The existing split is the extension of an historical division which, in today’s world, cannot be justified. It needs to be addressed. I fully agree with the IMPF position on this matter. 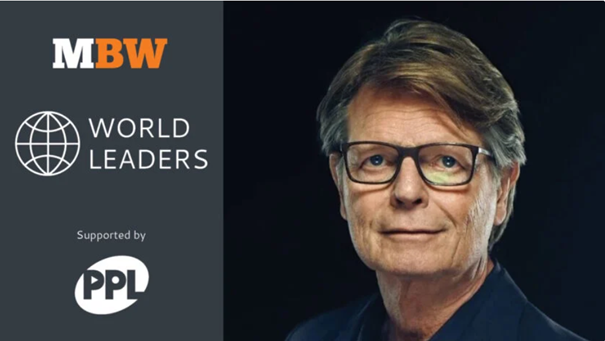