In this day and age of billion dollar funds buying into the music business, a mere nine figures isn’t always headline news.

However, a new fund has launched in Europe that’s still very much worthy of coverage.

One of PMF’s four managing partners, Hein van der Ree has told MBW that Pythagoras, which is financed by institutional investors and private Dutch investors, is on the lookout for rights to buy worldwide but will mainly focus on continental Europe, where it will be looking to strike deals with iconic artists, or “local Bob Dylans”.

Nanada and Red Bullet are home to such artists, including Shocking Blue, Golden Earring and Focus.

The catalog acquired by Pythagoras contains the master and publishing rights to Shocking Blue’s Venus, which reached the No.1 position in the Billboard singles chart by three different artists; Shocking Blue, Stars on 45 and Bananarama.

The entire catalog contains approximately 30,000 copyrights and 6,500 master recordings, with what Pythagoras says are “many important Dutch artists” such as BZN, Earth & Fire and Sandy Coast.

John Brands is a PMF co-founder and consultant.

“WE FEEL PRIVILEGED THAT WILLEM HAS ENTRUSTED PMF WITH HIS LEGACY.”

Hein van der Ree, one of the four managing partners of PMF, said: “Willem is the godfather of the Dutch music business. We have known each other for a very long time.

“We feel privileged that Willem has entrusted PMF with his legacy. PMF will manage Nanada and Red Bullet with care and respect and continue to look after the many fantastic artists and songwriters.

“We are delighted that Willem has agreed to maintain a position in the board as non-executive director.”

“THIS TRANSACTION ENSURES CONTINUITY AND I WILL STAY ON BOARD TO FURTHER DEVELOP THE POTENTIAL OF THE RED BULLET AND NANADA MUSIC CATALOGS.”

Willem van Kooten said: “I am extremely happy to know that I leave our artists, writers and the company’s staff in the capable hands of a fellow Dutchman with an international history as a publisher and record man; Mr. Hein van der Ree, and his partners in the Pythagoras Music Fund.

“This transaction ensures continuity and I will stay on board to further develop the potential of the Red Bullet and Nanada Music catalogs.” 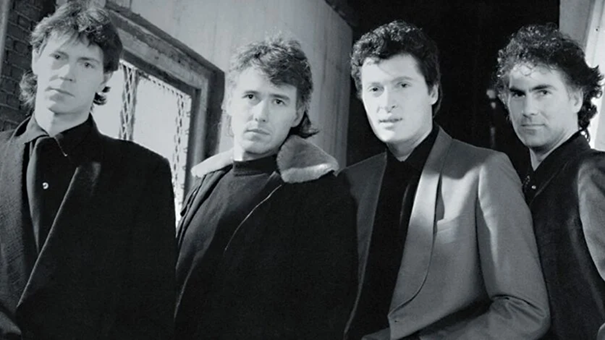